ARE "LOW RESISTANCE" SPARK PLUG LEADS ALL THE SAME?

What are your Spark Plug Lead Conductors made of?

When our new small block Chev engine was screaming between 5000 and 8000 RPM on the engine Dyno our new race engine showed absolutely no signs of poor spark or poor performance. The motor sounded awesome, our crew was excited and we all thought “Job Done”, lets get it bolted into the race truck!

Our problems started after our new engine was bolted in our truck and the engine was run at idle a few times to manoeuvre our race truck inside our race shop or when the beast was loaded on or off our race car transporter.

When driven at slow speeds, or when running at idle for a few minutes, the motor would start to backfire and run badly (Very Badly). Our Digital Dash quickly pointed out the problem - the front four engine cylinders were burning at lower temps than the rear cylinders.

Further investigation showed that the front two front spark plugs (Cylinders 1 and 3) were completely fouled with thick black carbon, resulting in absolutely “No Spark”. The next two spark plugs (2 and 3) were removed and found to be black with carbon, (not quite as bad as 1 and 2) and the rear most plugs (5-8) were a nice Tan colour as we saw on the Dyno.

A quick change of the front four spark plugs (Cylinders 1-4) saw the engine come to back life and BOOM, our race truck engine was again the fire-breathing beast we all saw on the engine Dyno. We took the Truck out Testing and the engine screamed at high revs, ran for hours of testing and everyone was again happy.

After loading the truck up on the trailer and moving it around the workshop (dozens of times) to make way for other vehicles, our crew began to notice the bad idle and backfiring had returned!

Without even looking at the data logger or exhaust temps, we quickly removed the first four plugs and sure enough they were again covered in black soot and carbon, resulting in NO SPARK. We checked the ECU parameters, Air Fuel Ratio, Computer Settings, we changed coils, checked our ignition wiring, checked our fuel pressures, checked compression – we checked everything and found nothing. Every time we put in a new set of plugs, the engine was FINE when driven hard, but when driven at low speeds, moving the truck back and forth to car shows and events, and around our property, the front four spark plugs would simply foul up after 10-20 minutes of low speed driving.

A good friend of mine Kevin happened to be visiting our race shop whilst I was again busy changing my spark plugs (for the 6th time in a few short months) and asked me if the problem could be a spark plug lead. Whilst I appreciate that Kevin is a very smart business person, a race engine builder he is NOT, so I initially shrugged off his “Silly” idea suggesting to Kevin that all four front cylinders are playing up and the chances of me having Four Dead leads in a single batch were pretty low because the plug leads were brand new only 3 months ago.

Then it hit me! When we had the engine on the Dyno, because of the longer lead lengths needed to fit the engine and computer harness onto the Dyno, our team had used some “old” leads from one of our big block Hummer Engines. The brand new leads I was running on the Small Block were indeed new, but a Brand and Type I had never used before.

I suggested to Kevin that I thought the longer leads running to the front cylinders could have a much greater resistance than the shorter leads (Half the length) that feed the rear cylinders and that the longer leads are resulting in poor spark at low revs, but could be working ok at higher revs.

I quickly removed the longest of my now “questionable” (3 Month Old, Brand XXX) spark plug leads and replaced the spark plug lead with an old MSD lead that I had lying around on a shelf. Even with the fouled spark plug, the dead cylinder that was fitted with the MSD Lead fitted came back to life and the exhaust temp of that cylinder came back tonormal. I immediately thought, “Now we were getting somewhere”. I was super excited and Kevin was feeling a bit smug knowing it was he that had suggested the lead or leads in the first place. (Don’t you hate it when one of your mates pops around and solves your 3-month problem in a few seconds)?

Not satisfied with the test results, I had to know why one lead worked and the other did not. I measured the leads and the resistance was low as suggested by both manufacturers.

Anybody that knows me will understand my absolute passion to get to the bottom of something and I just “had to know” what was wrong with this questionable lead (And the other three leads that were are causing the my spark plugs to foul up with carbon.

Much to my surprise (After spending quite a few of my Race $$ on this high quality set of “Race Leads”), the plug lead I was holding in my hand had an “inner core” that I can only describe as a tiny 2.5mm black flexible rubber “o-ring” stretched out straight.

Being an electronics engineer, I understand that a low resistance lead will result in greater spark at the plug, but I thought how the hell is electricity ever supposed to travel down this black rubber stuff? (We are all told at school that rubber is after all an insulator right?)

I know that Spark Plug Lead manufacturers advertise graphite core, carbon core, low resistance leads etc, but come on, whilst the material that this core did indeed have a low resistance (As stated by the manufacturer), the inner core was clearly manufactured from was flexible like rubber substance and was OBVIOUSLY the cause of my poor spark, my engine problems and my frustration.

Now to compare, I then grabbed the old MSD 8.5 Super Conductor Lead, cut it in half and again stripped the Outer Layer off to reveal a much larger conductor core that had a tiny wire strand would tightly around the core. I also noticed that the MSD silicon insulator was manufactured from a few different layers/colours of silicon AND some sort of white fibreglass looking heatproof material between each of the silicon layers. Needless to say, I was very impressed with the MSD Lead, when compared to the “rubbish” lead that I was holding in my other hand.

I then had a strange sense of Déjà vu – I remember having a similar conversation when I purchased the “questionable” set of leads a few months earlier from another race shop. I then concluded that whilst the leads I had purchased previously were indeed low resistance (I even tested them with a multimeter), the inner core that provided the “low resistance” on paper, looked like rubber, felt like rubber and performed like crap at sending a 40,000 Volt spark to my plugs. I was simply not in the mood for testing another brand of “Super Race Leads”!!

I stood my ground went somewhere else and purchased a set of MSD 8.5mm Super Conductor Leads and fitted them to the engine. Even with the fouled plugs, the engine ran fine.

I changed the plugs one more time and when we took the truck for another test session. We immediately noticed a dramatic increase in throttle response, much more low-end power & torque and the engine absolutely screamed at high revs. It simply sounded different - just like it did on the engine Dyno. I would have NEVER believed that a set of plug leads could have caused so much frustration and so many headaches to my team. I have since purchased a 20 Metre length of the MSD 8.5mm wire and the MSD plug lead “crimps” and I keep them all on my race trailer just in case!!

In summary, don’t get fooled by Brand XXX race lead with “Super Low” ohms per foot or silly comparison charts showing how great one lead is compared to the other. Purchase a brand of ignition components that you know and trust (Not some new brand that comes from china in a shiny box with a comparison chart). Use what has worked for you in the past and if you are new to this sort of thing or if you are ever in doubt, use what millions of racers use worldwide - grab a set of MSD leads and relax knowing that any future engine “misfires or headaches” will NOT be caused by the spark plug leads!

I hope this has been useful to someone in “race car land” and prevents the hours of frustration we went through to find the cause of our problem.

I have included some more Info re the MSD Super Conductor leads from the MSD Website below:

The MSD 8.5mm Super Conductor Wire is "the" performance wire.Engineered from the inside out, the 8.5 offers everything you have ever wanted in a wire; incredibly low resistance without electronic interference! In a single 12 inch length of Super Conductor Wire there is only 40 - 50 ohms of resistance! That is the lowest resistance of any helically wound wire. To accomplish this, we use a copper alloy conductor due to its great voltage carrying capabilities. The low resistance results in less loss in spark energyso more reaches the spark plug. The conductor is wound extremely tight around a special centre core. So tight in fact, that there is over 40 feet of conductor wrapped into a single foot of plug wire. This winding procedure, combined with a Ferro-magnetic impregnated centre core, produces an extremely effective Electro Magnetic Interference (EMI) "choke". This choke, or suppression capability, keeps the EMI inside the wire where it cannot interfere with other electronics on your vehicle. The outer sleeve that surrounds the conductor assembly is just as impressive. A proprietary blend of silicone and synthetic material produce a sleeve that is highly resistant to high heat as well as abrasion and tears. The MSD 8.5mm Super Conductor Plug Wire is available in Universal Kits and Bulk Lengths. 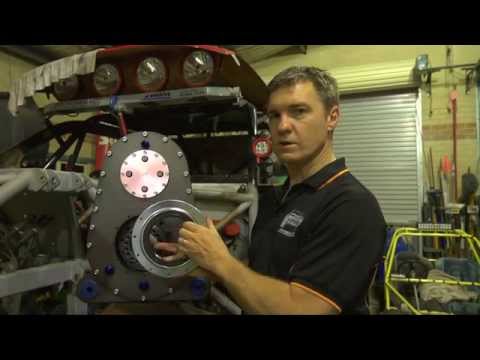 COAST TO COAST - RUNNING DIFFS BACKWARDS OR UPSIDE DOWN

TurboWerx Exa Oil Pump Review - Should you buy one?

ULTIMATE IFS WHEEL TRAVEL - THE SEARCH IS OVER

SOME THREAD LOCKERS CAN AFFECT BOLT TORQUE - BE CAREFUL

ARE "LOW RESISTANCE" SPARK PLUG LEADS ALL THE SAME?

COAST TO COAST - RUNNING DIFFS BACKWARDS OR UPSIDE DOWN